El Rosal, Cundinamarca, Colombia; 2005-2007 This project is a small refuge in the Bogotá countryside. Because it was conceived in a cold environment, the vegetation is biodiverse and contains many native plants. The house has been compared to a fossil because it represents both a fusion and a contrast between the vegetables and minerals embedded in the site. The refuge itself is an interaction of wood, stone, earth and water. Its strategic position and the form and structure of the house itself, accentuates the views of the valley below. This house will shelter a land owner who uses the territory for planting crops and raising cattle and also for taking extensive walks through the region. 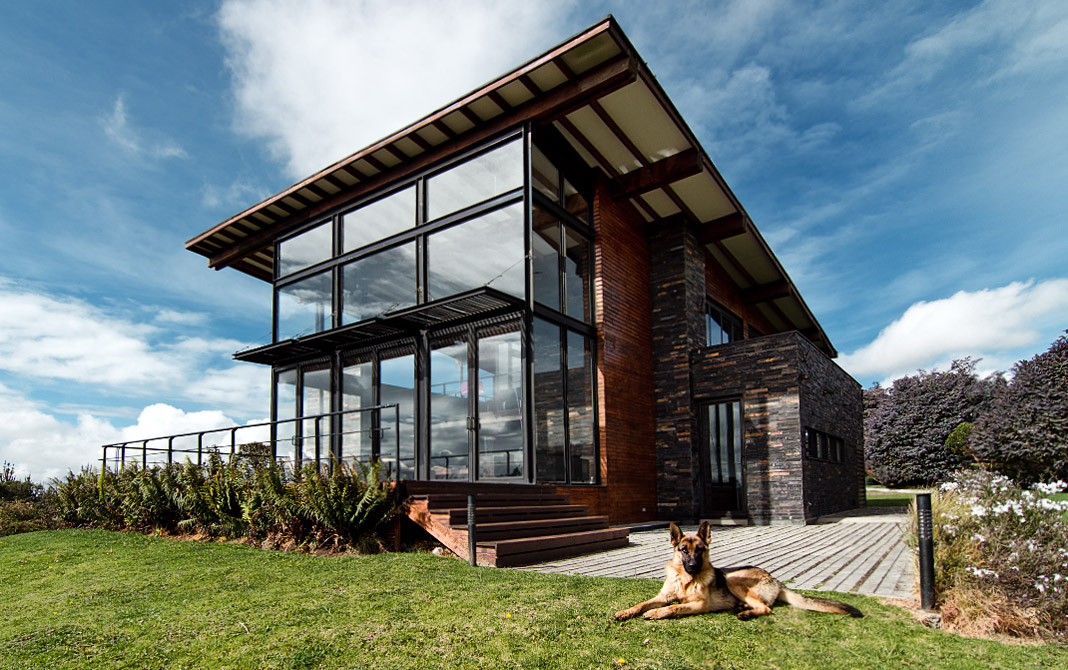 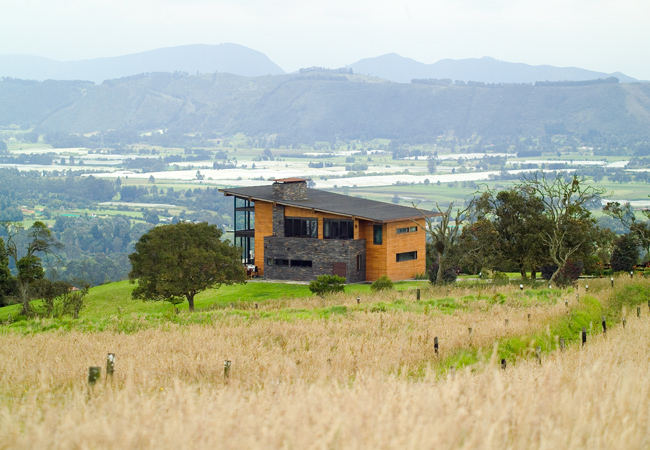 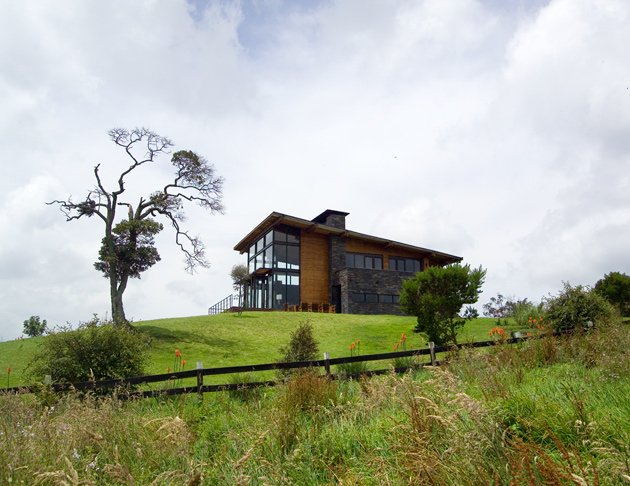 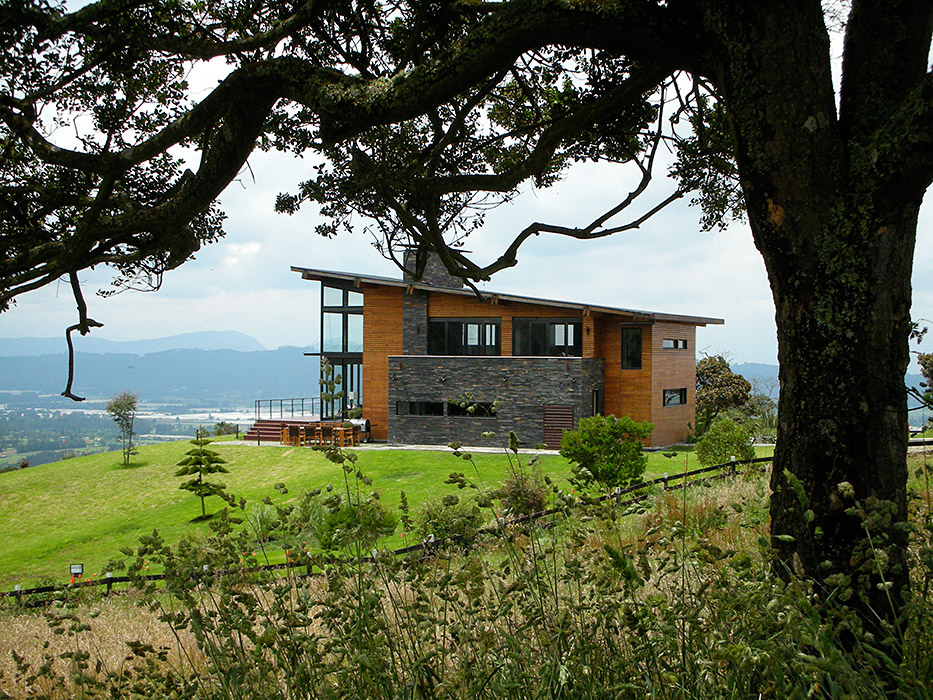 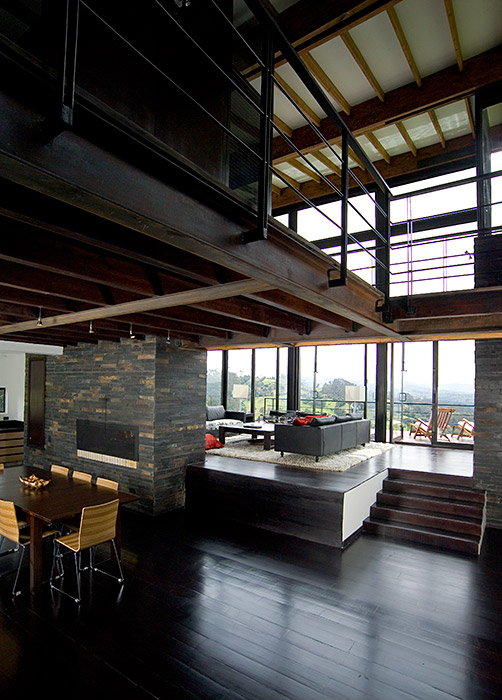 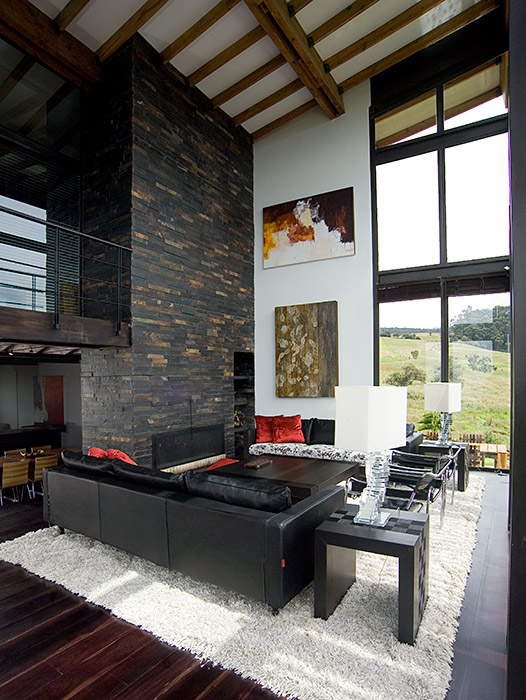 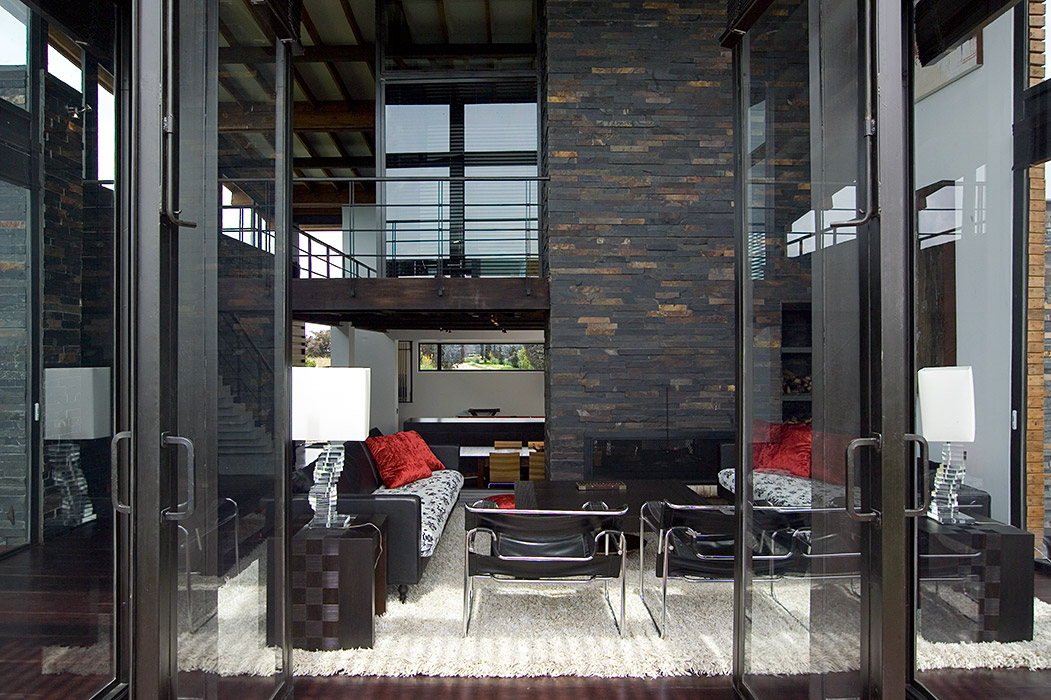 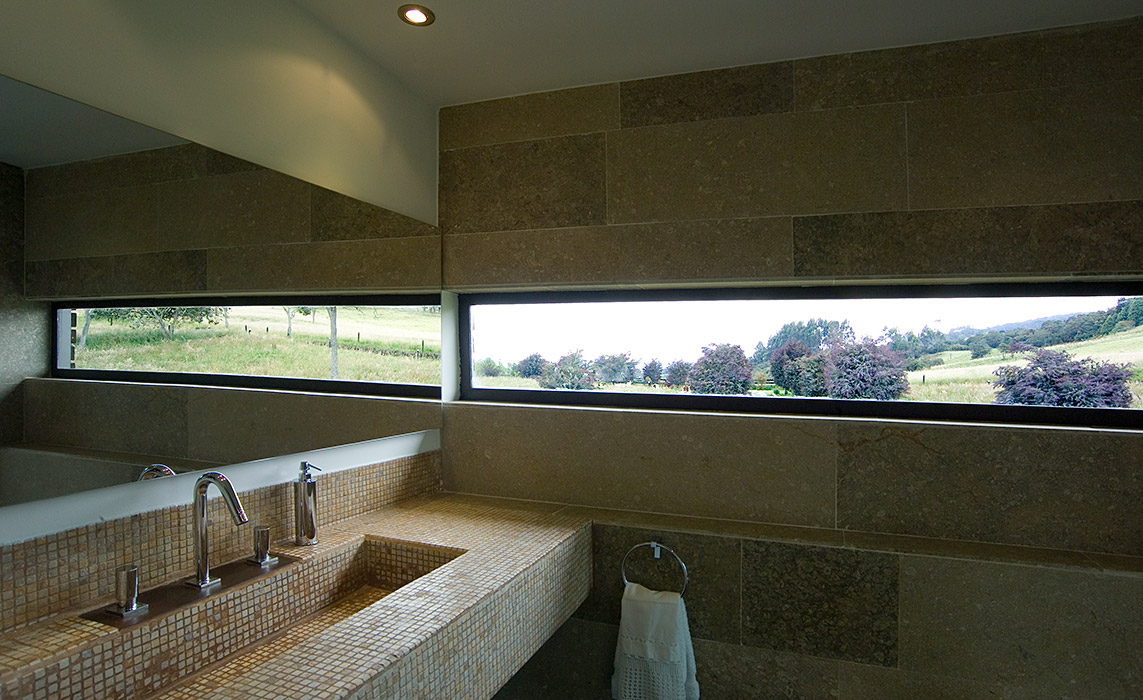 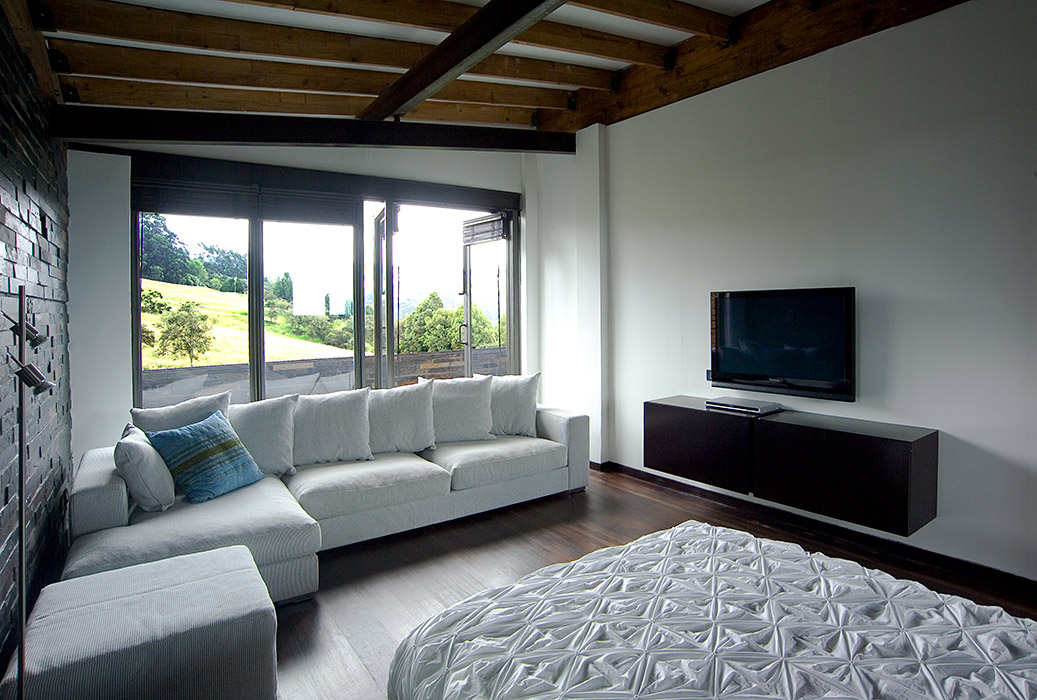 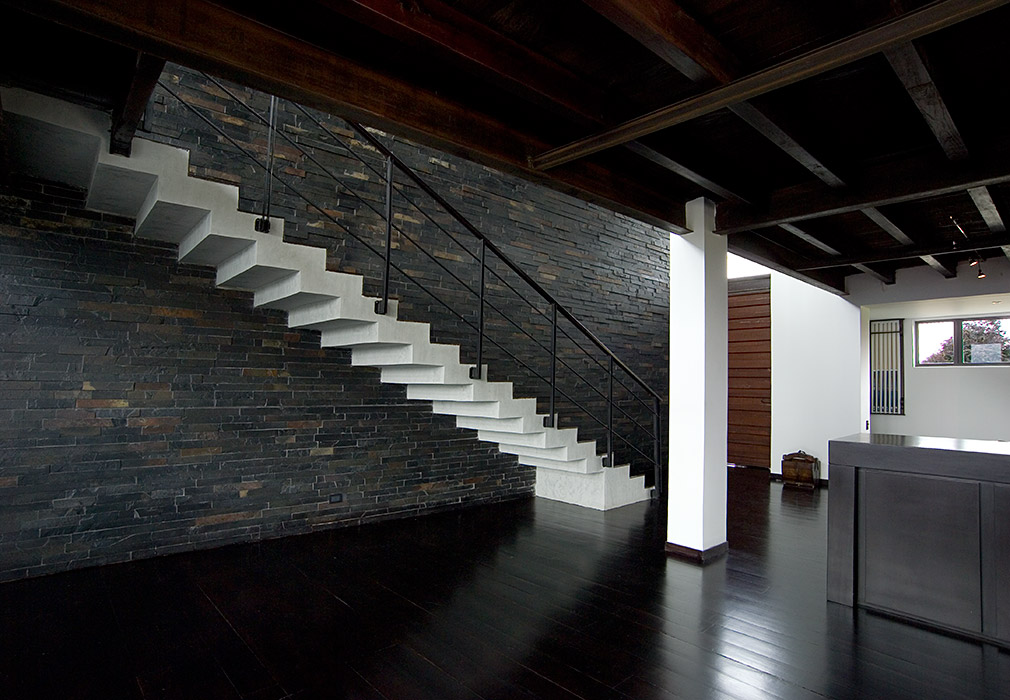 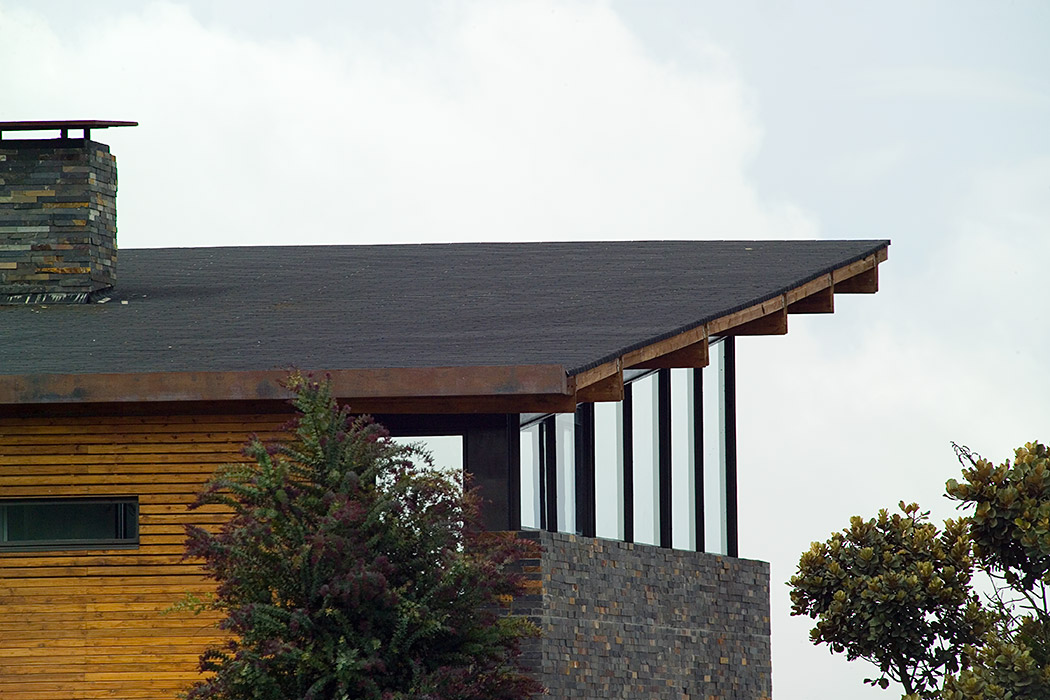 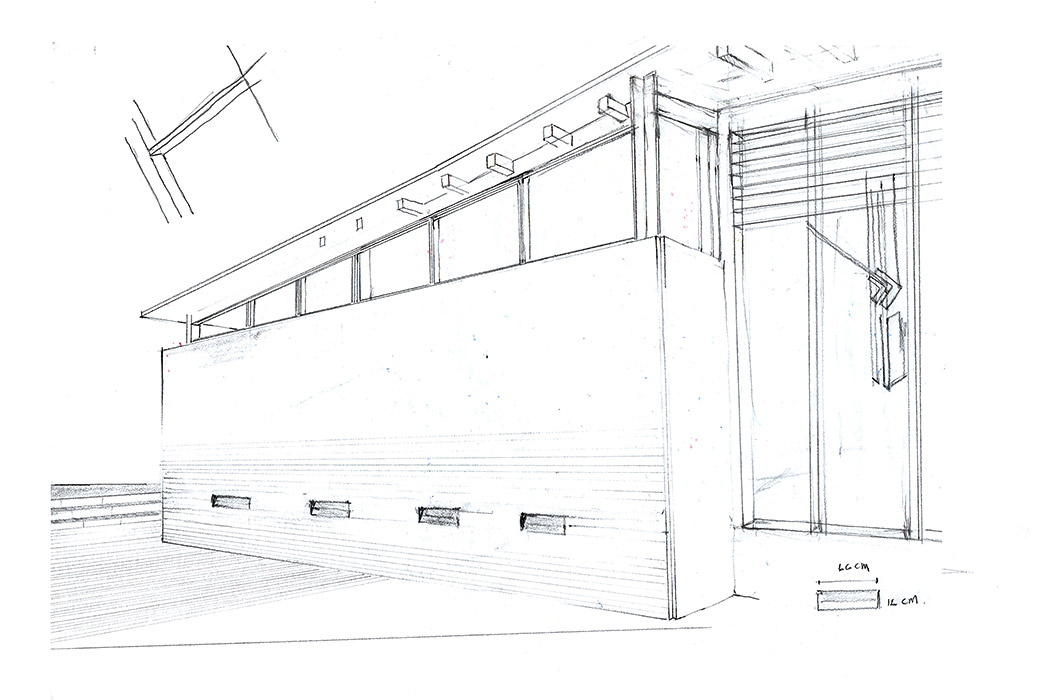 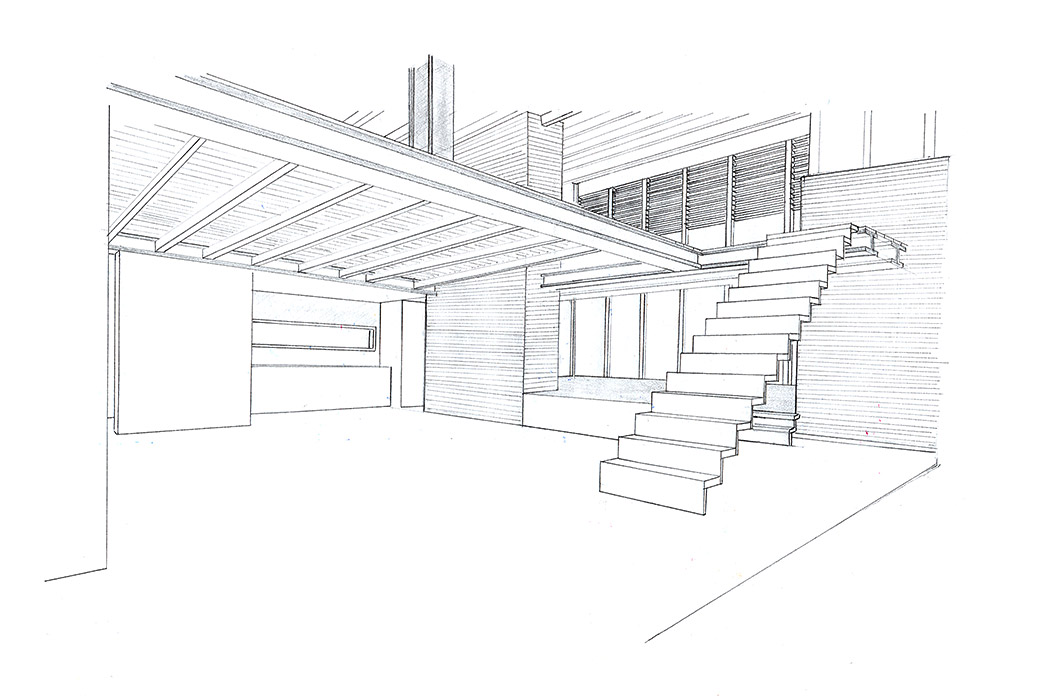 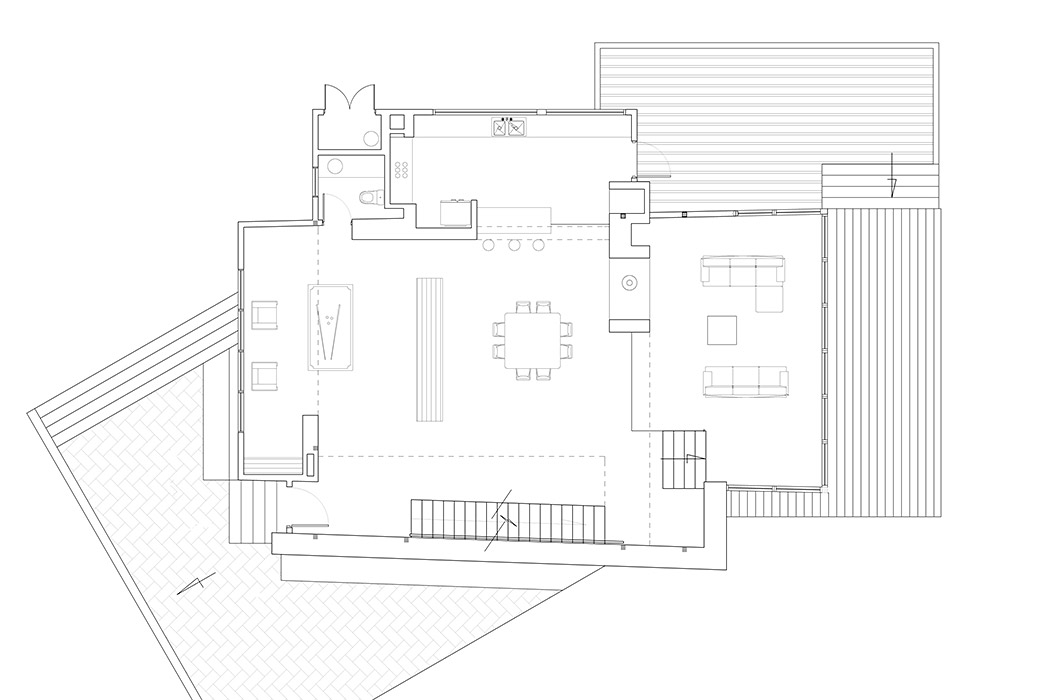 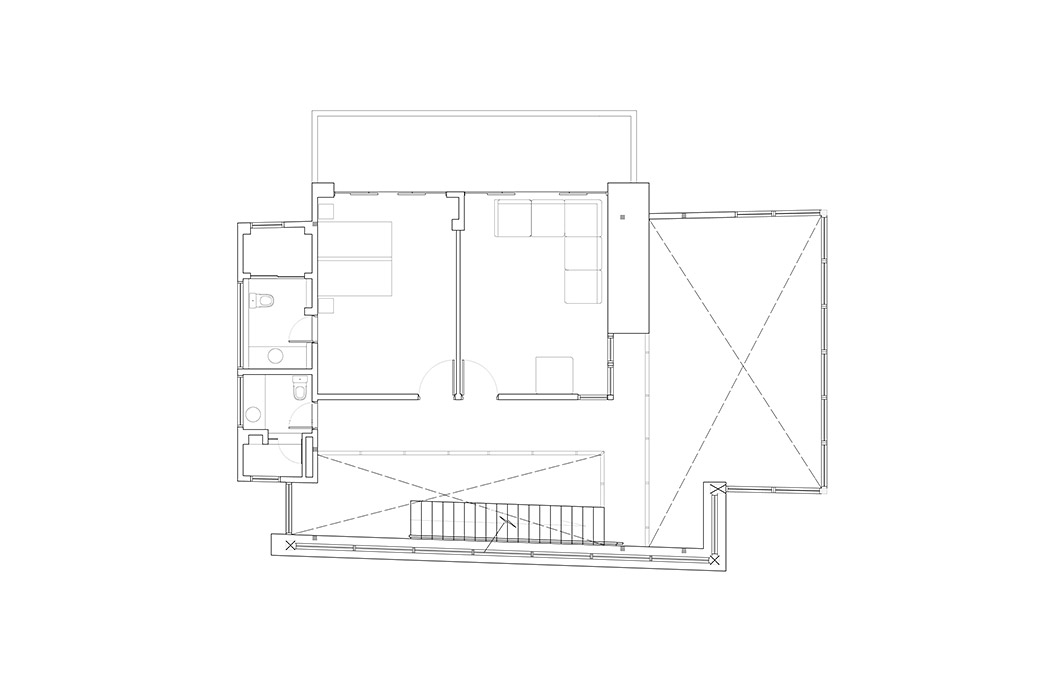 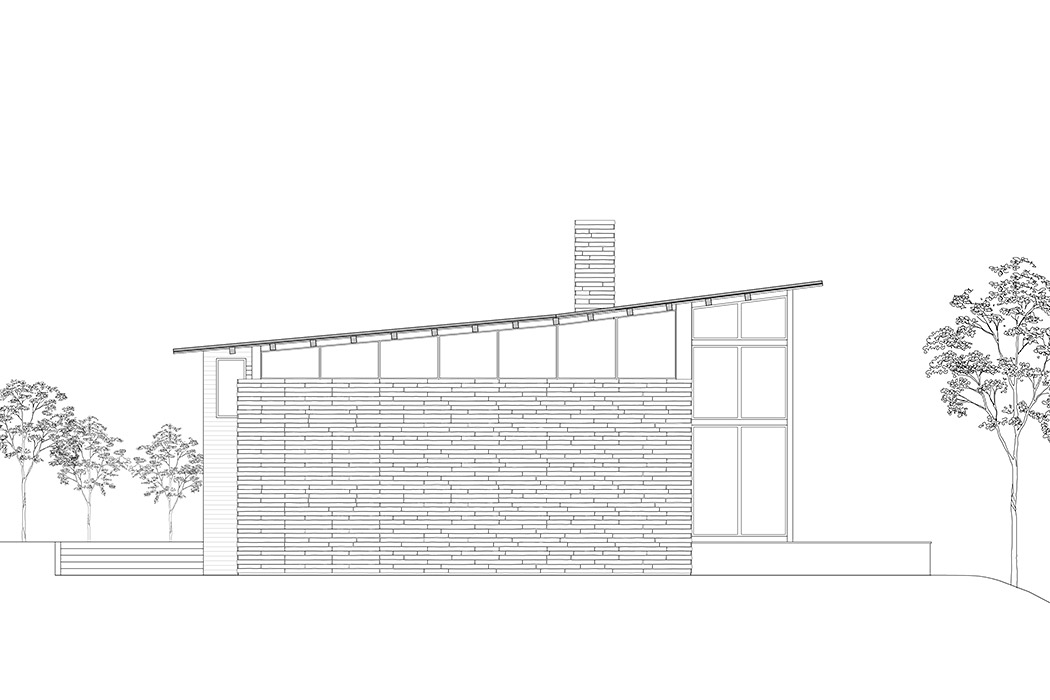 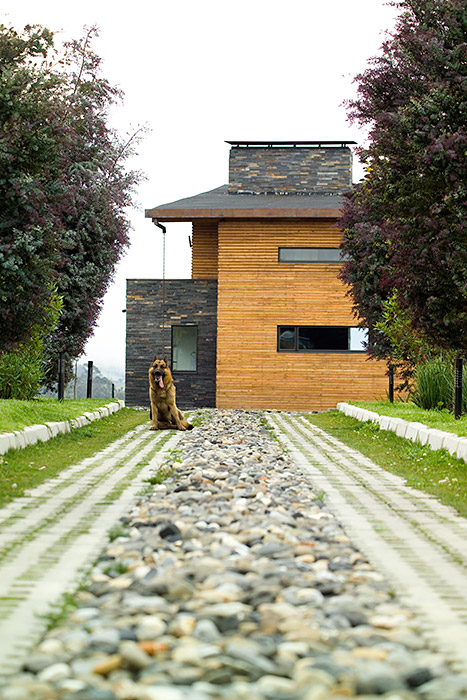